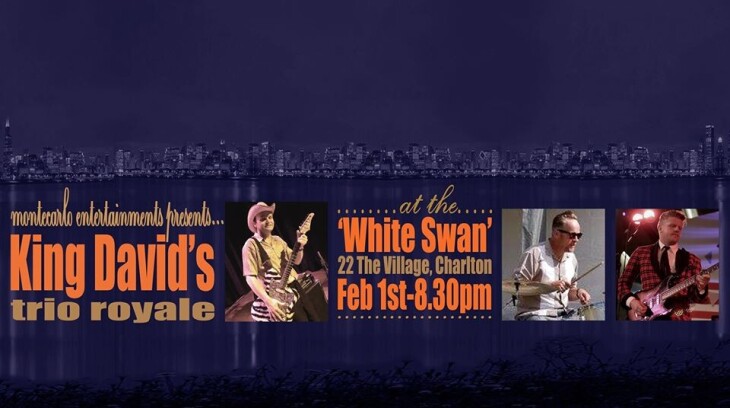 "The Swingingest grooviest most exotic Leopard-Skin guitar sounds around!"
....Time Out, London UK

King David presents a unique kind of 'out-in-the-woods' Deep Southern music with twangy Surf-Guitar sounds. He has taken his Show to the USA and many European Countries, as well as regularly appearing in London and the UK.

King David has worked with several classic American performers including Lazy Lester, Eddie C Campbell, and Jimmy Thomas. He has also appeared on many BBC Radio Broadcasts, including the John Peel, Mark Lamarr, and Andy Kershaw shows. 9pm
Sign up
for news, offers and events